By conor Sun 13th May 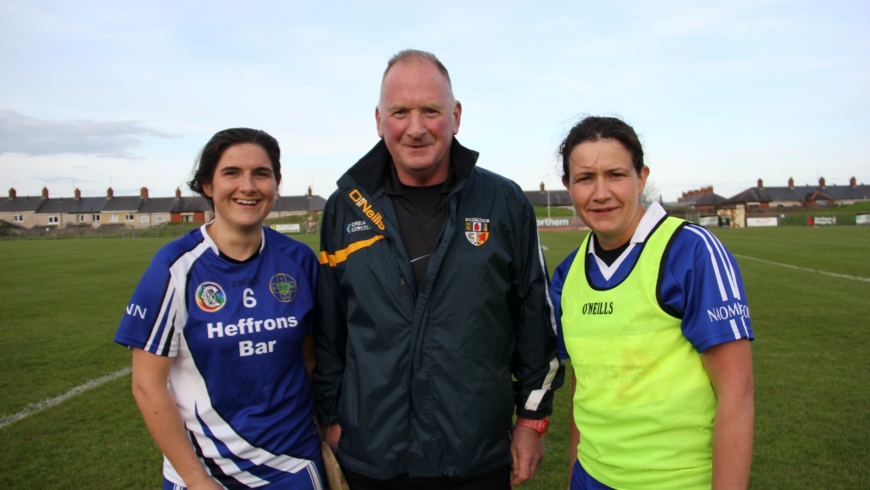 This was a very entertaining game played in a sporting manner by two teams who fought from the throw-in to the final whistle. The Randalstown girls started very well and rocked St. Johns with excellent early points converted by Aine Devlin and Aimee McAtamney(2) before Hannah Crilly shell-shocked the home side with two well taken goals. The Corrigan Park girls finally woke up and responded with close-range goals via the hurls of Laura Ferris and Máire Mulholland to open their account.

The visitors came right back at St.Johns and two Emma O’Neill points followed by one from Shauna O’Neill piled the pressure on the hosts who were looking rather disorganised and only managed two more first half points via Máire Mulholland and Nicole Kane who made a great solo run before splitting the posts. Tír na nÓg were well in control overall and two points from Caitlin Martin and Caitlin McGaughey plus a third from a free by dead ball specialist Aine Devlin left a half time score of Naomh Eoin 2-02 Tír na nÓg 2-09.

St.Johns came out storming for the second half and despite Shauna O’Neill increasing Randalstown’s lead , the home side chalked up some much needed scores with points from Debbie Boyd and Máire Mulholland and a goal from Olivia Morgan to reduce the difference to three points. The rest of the second half was a ding-dong shoot out with both sides attacking without caution.

A goal from Emily Falloon and three points from placed balls by Aine Devlin produced a brave response from St.Johns and as Orla Corr, Máire Mulholland and Nicole Kane all took scores the game reached fever pitch. Aimee McAtamney converted two long range points for the visitors and despite a late goal from Nicole Kane for St.Johns , the Randalstown girls finished as deserved winners by a five point margin. St.Johns next game is a home fixture against Cargin on May 31st, while Tír na nÓg host Dunloy.