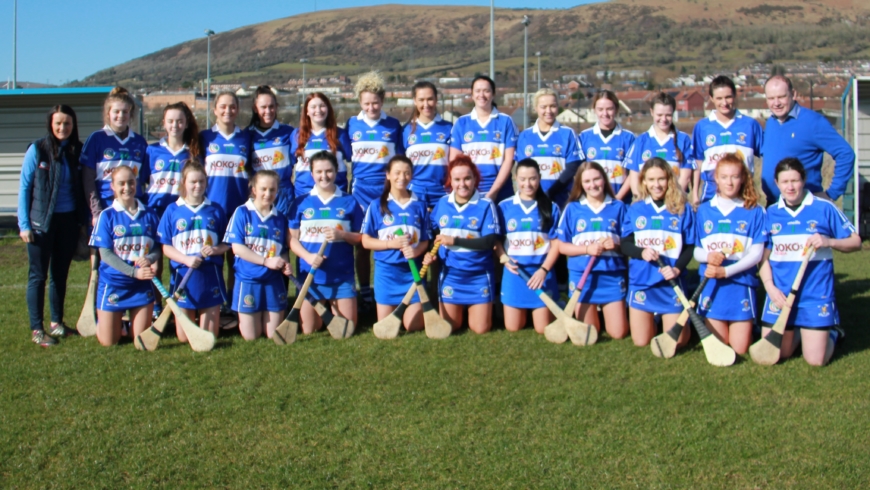 After another enjoyable day of camogie at the annual Joe Boyle tournament at Corrigan on Saturday, Swatragh ran out deserved winners of the Cup but were pushed all the way by the other competing clubs from Antrim, Down and Waterford.

Tir na nOg picked up the shield and Grainne McNicholl made it a Swatragh double in taking Laoch na hImeartha after a series of battling displays.

In what has traditionally been a great warm-up for the camogie season ahead, there was some fine play from all teams, with the standard of officiating from Danny and Malachy top-notch as usual.

Naomh Eoin camogs also welcomed their new sponsor for the season, Noko’s Pizza, with both parties looking forward to a successful season in the blue and white.

Special mention to Jack McGrath and the St Anne’s team for travelling up from Waterford and Cork. Well worth it for the games and the craic afterwards! And thanks again to Marie and the Boyle family for their fantastic support of what is now one of the highlights of the year.