Camogs march on to Ulster final! 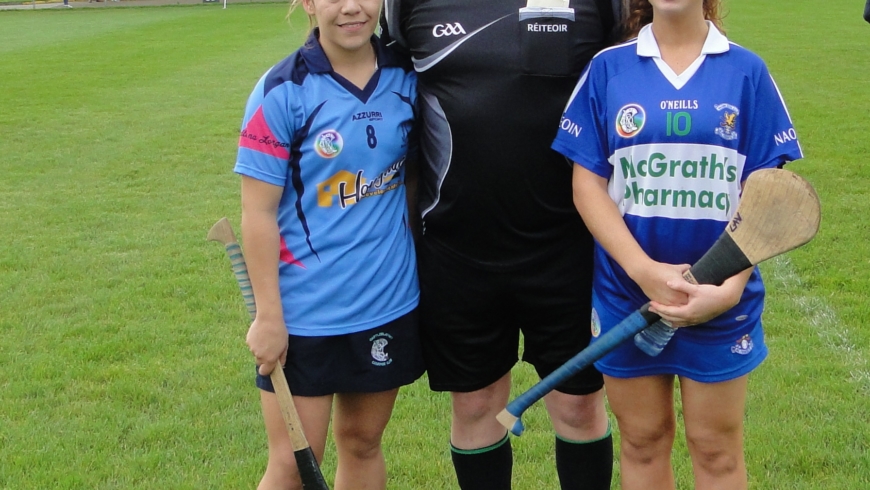 This was an exciting semi -final by any standards and was fiercely contested from throw-in to final whistle by both sets of players. Castleblaney were enjoying a second successive home tie having defeated  An Ríocht of County Down on this pitch last weekend in the quarter- final but it was the visitors who took the early initiative and forged a substantial  lead within a short time ,which they were never to lose throughout the game. Three quick points from play ,two from Maédhbh Laverty and one from Debbie Boyd  set the scene and although Niamh Brennan converted a free for Castleblaney , St.Johns forged ahead and by the half way stage in the first half had added a goal from Nicole Kane  and three more points, one a free from Máire Mulholland and a second point from both Boyd and Laverty, without reply, to establish an 8 point lead.

Brennan tagged back another point for Castleblaney and  Mulholland put a free over as the pace of the game gathered momentum and the home side bounced back with a quick point from Eileen Cullen followed by a goal from a `45 metre free scored by  the excellent Amber Lam which dipped in under the Naomh Eoin crossbar. Thoughts of a major comeback were short-lived however as St.Johns Nicole Kane and Carrie- Anne Williamson both took points from play within a short time. Amber Lam replied for Castleblaney pointing from a free but St.Johns bounced right back  with a well converted placed ball and a point from play by the outstanding Máire Mulholland and another Laverty point  leaving  a half time score of St.Johns 1-12 Castleblaney 1-04.

The second half began with a quick goal from Eileen McIlroy for Castleblaney and  Niamh Brennan made a couple of good surges into the St.Johns defence , where Goalie Sinead Lagan made a timely interception to clear the danger on both occasions. St.Johns took two more points consisting of a free from Mulholland and a point from play by Laverty as the game rose to fever pitch. Castleblaney soon replied with another  Lam goal this time from a 20m free and a point from Kate Deasy but a subtle tactical switch at this stage by  St.Johns to bolster their defences and to bring on Adrienne McCann as a substitute  led to an unanswered series of four points from the visitors which killed the game off as Eimhear Costello, Máire Mulholland (f), Maédhbh  Laverty and Debbie Boyd all chalked up a score. Amber Lam pointed a 20 metre free for Castleblaney but almost immediately  St.Johns replied  with a well struck goal from the stick of the industrious Sarah -Jane McGuigan to effectively end the game as a contest.

In the dying minutes Niamh Brennan for Castleblaney and Adrienne McCann for St.Johns exchanged points from play and the final whistle left a score of St.Johns 2-19 Castleblaney 3-07. The Belfast club were well tested by a young Castleblaney team with an average age of 18 years and from which much more will be heard in the future. This was without doubt  a fine team performance from the Johnnies who have a good balance of experience and youth within their ranks  and with all six forwards scoring in this semi-final  are in fine form. They now face Tullysaran of County Armagh in the Ulster Final next Sunday in Moy or Eglish, County Tyrone following that team’s  win over Crosserlough in the other semi final.