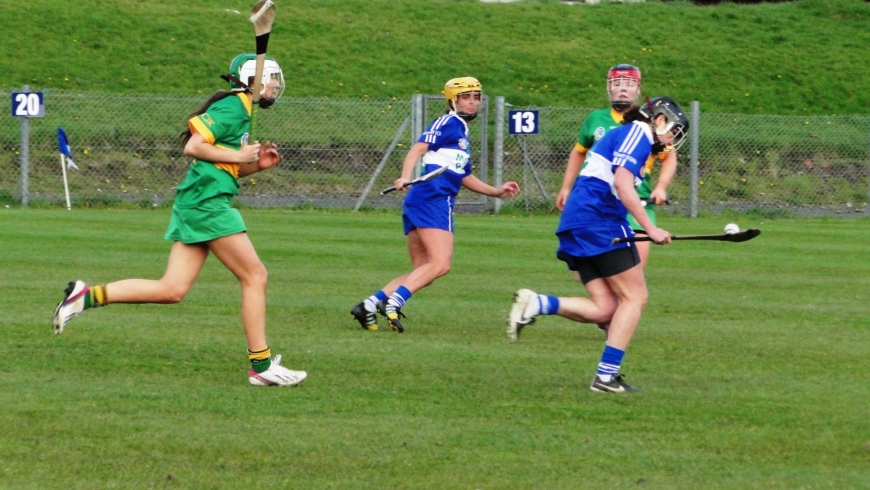 St. Johns had a good home victory to follow up last weeks away win in Randalstown on a pleasant evening with the Corrigan pitch in great condition. The star of the show in the first half was Córa Weir who hammered home three goals and gave the Creggan defence a hard time throughout the game. Una McKeown was excellent in nets for Creggan stopping a number of goal attempts and keeping the score down.

Nicole Kane and Maédhbh laverty made some great runs at the Creggan defence and both took points for the super-confident  Johnnies. Despite outplaying the visitors for most of the game  St.Johns unfortunately  suffered a number of injuries with Carrie-Anne Fitzsimons, Eimhear Costello and Máire Mulholland among the casualties who were forced to retire from the game early.

Creggan found themselves 4-08 to 0-00 down at half time but still made a game of the second half ,claiming more possession,  with Martine McCann picking up a point and Claire McKeown a goal following a rare lapse in the Naomh Eoin defence. St. Johns re-established control  before long, however, with McDermott , Fox and Clarke-Jones  solid at the back  and substitute Hannagh McGuigan working  hard to claim three fine points to help put the game far beyond Creggan’s reach.

The game was refereed with effortless precision by the groom-to-be  Colly McKnight and with two wins out of two in the league, the girls travel  to Loughgiel next Thursday for what should be an intriguing encounter following Loughgiel’s narrow loss to Brídíní Óga in Glenravel.