Ulster eludes U21s for another year 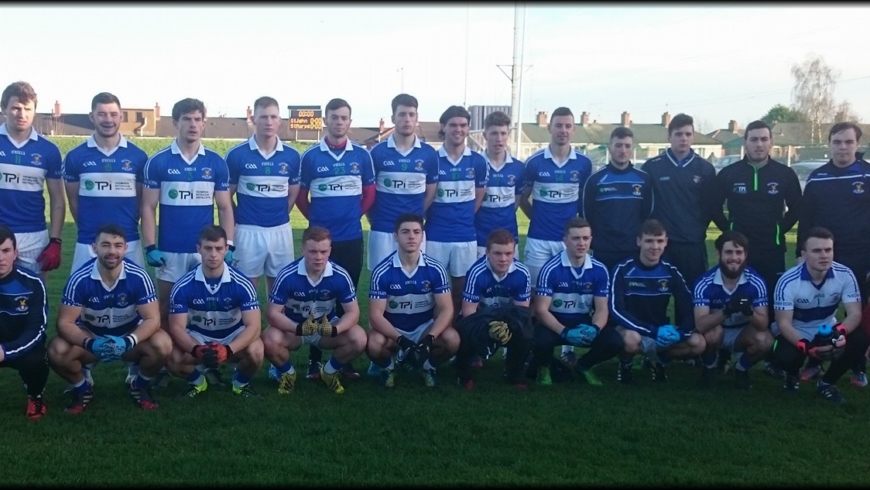 Naomh Eoin U21 footballers put in a valiant effort in the final of the Creggan Ulster tournament on Sunday but ultimately fell short against an impressive Watty Graham’s side.

In truth, we probably lost this one in the first half when we registered only 0-3 with the aid of the very strong breeze.  However, the spirit shown in the second period, which we played with 14 men, showed the sizable travelling support what this group of players is capable of.

The lads will have learned a lot from their exposure to the best teams in Ulster at this level.  For those still U21 next year they know they will have nothing to fear if they manage to retain our county title.  For those moving into the senior ranks, this will set them up nicely for the season ahead.

Thanks to all the panel members and management team for their commitment before and after Christmas.  I’m sure they all deserve a bit of time off before their efforts are redoubled in preparation for the new season kick-off in March.