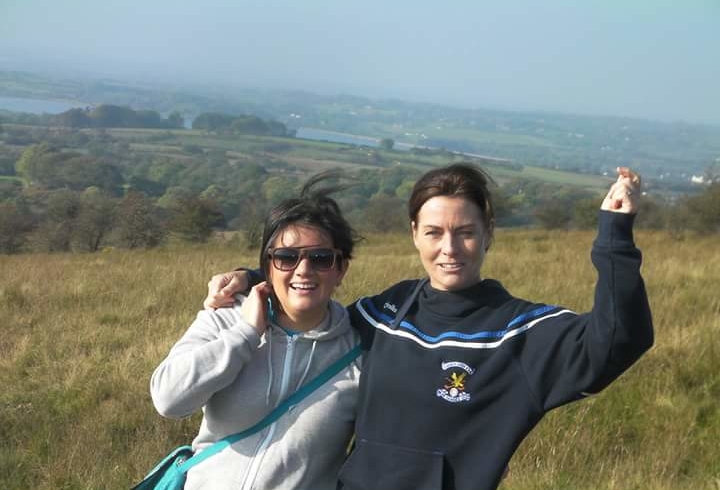 Kelly and Nuala enjoying the mountain walk during the recent U8 poc fada!

An historical and cultural tour of Black and Divis Mountain has been organised for Saturday 24th October. This will be a guided tour of the mountains which overlook our city and will cover areas as diverse as the neolithic settlements on it, how the mountains were part of the early settlements which formed the basis of the city, right up though to the political significance of the mountains in our recent history.

The walk itself will be about 2 and a half hours and the tour will be delivered by Jake Mac Sciacais, whose knowledge of the mountains and the city are legendary. There is no charge for the tour.
The plan is to meet at Divis Carpark for 12pm with the walk beginning at 12.15 sharp

The walk will take us along the Ridge Route, to the top of Black Mountain, then over and around Divis Mountain.