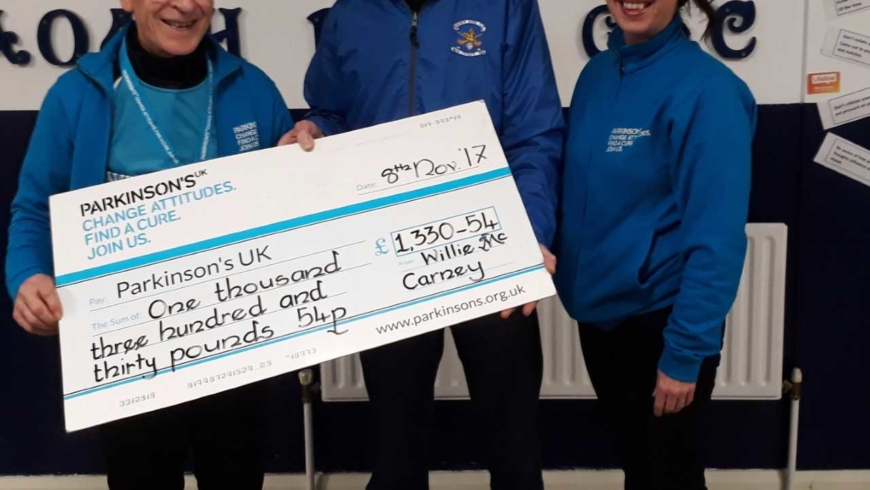 Pictured is Willie McCarney and Gerry McCann with the cheque for £1,330.54 for Parkinson’s UK. 79 year old Willie, who has Parkinson’s Disease, took part in Run October to raise funds for this charity.

He aimed to do one marathon but ended up doing 3 by running 1 mile every day and 3 miles on Saturdays and Sundays. St. John’s GAC heard of his endeavours and weighed in with £480 raised through the sale of club flags for the County Antrim Championship final in October.

An inspirational man who had a quintuple by-pass 3 years ago too. Nicola McClure from Parkinson’s NI was equally impressed and delighted with the cheque.