Home / U12 hurlers at Fingallians Tournament

U12 hurlers at Fingallians Tournament 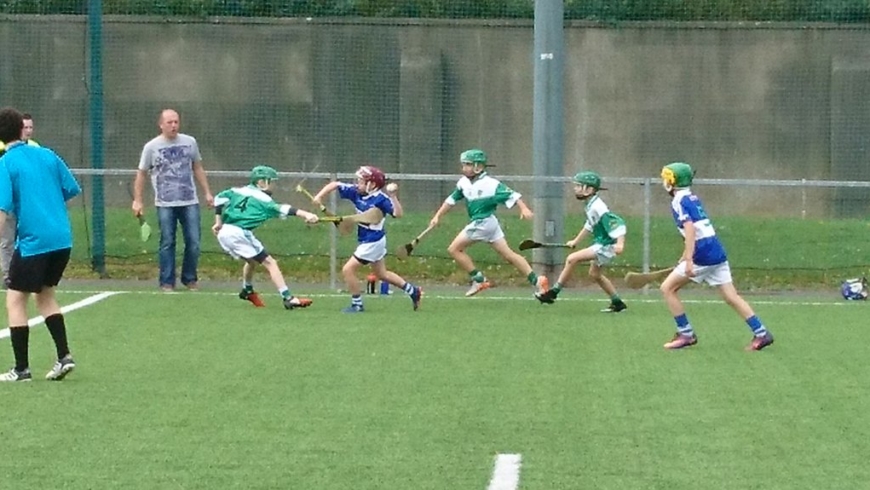 U12 Hurlers regrouped after a July break with a trip to Dublin for the Fingallians tournament travelling with a reduced panel due to holidays.

Drawn up against Sarsfields(Galway) O’Tooles (Dublin) and St.Aidans (Dublin) the lads finished 3rd in group putting them into Shield competition.

The lads battled hard all day – in the Semi Final against the bigger Donaghmore Ashborne (Meath) team the lads put in a great second half performance coming from behind to get the victory, meaning they had a final against host club Fingallians.

During a break the lads all had a go at the wall ball competition and Cahir represented the team in a long puck competition finishing second.

The final was to be a hard ask as all the boys hadn’t had a rest all day but they battled hard in the final and played some fine hurling…it wasn’t to be our day as the hosts held on to win by a few points. Overall an excellent performance by this young team who are improving week by week.