Home / Camogs get off the mark!

Camogs get off the mark! 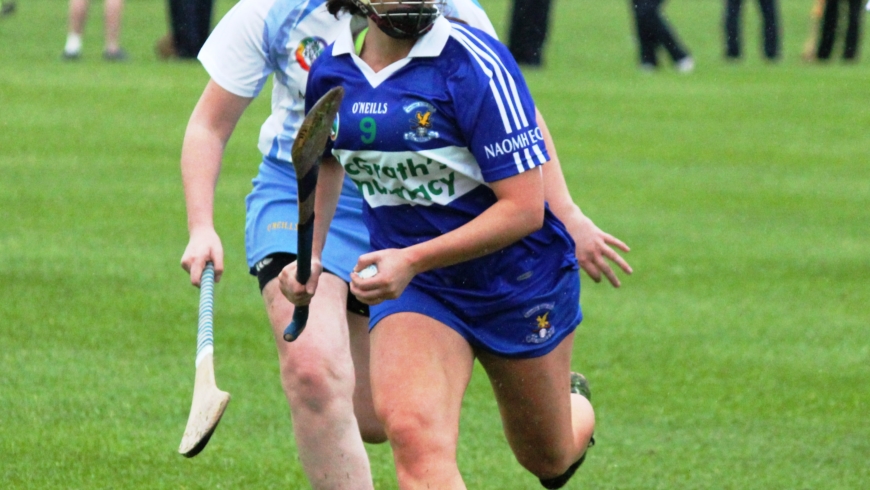 Div 2 Antrim Camogie- St.Johns 3-05 Portglenone 4-02
On a miserable, rainy night at Corrigan Park St.Johns camógs finally registered a positive result in this year’s league fixtures with a home draw following a lamentable start.
The welcome return of Michaela Fegan to the St.Johns line up  following a long absence with a fractured wrist was somewhat spoiled as she had to be withdrawn following a  blow to the same area of her arm. By half time  a heavy defeat looked extremely likely for the home team as a dominant Portglenone had a ten point advantage leading by 3-02 to 0-01.

The second half was a totally different game however with Manager Paul Boyle reshuffling his team by moving Eimhear Costello into full forward and pulling Úna Simpson back into a deep defensive role to steady the ship. The dominance was reversed and St.Johns piled on the pressure  and went very close to a win. The hard working  Maédhbh Laverty, daughter of internationally renowned Ironman  athlete Bill Laverty, converted two frees to add to her first half point .
Helen Wilson, full of enthusiasm in mid-field,  then dropped a high ball into the net which Patricia McCarry failed to hold on the slippiest  of nights for any keeper. Portglenone came back with a goal and point from Emma McAleese but a continued  onslaught from St.Johns  saw Eimhear Costello revelling in her new  position with a pointed free and two goals ,one of them in the last minute to level the scores. She could have had another earlier  but for McCarry’s quick reactions in tipping her effort onto the crossbar.
On a night when tempers frayed at times, referee Dan McGivern kept the game flowing and a draw was a fair result.