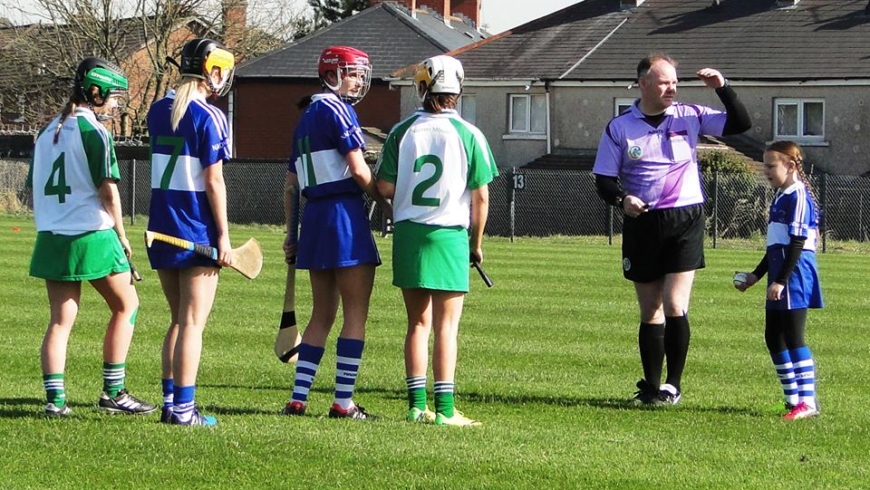 The 12th Joe Boyle memorial Camogie Tournament took place in glorious sunshine on Saturday at Corrigan Park. The family of Joe Boyle, former club mentor and friend , were in attendance and Joe’s granddaughter Katie threw in the sliotar to commence the tournament as well as playing in the under 10 interval game.

With some great camogie to be seen throughout the day, the outright winners of the Joe Boyle tournament were Ballygalget from County Down who won a thrilling final over their near neighbours Portaferry.

Many thanks to Referees Joe Baldwin and Dan McGivern and to all the clubs who attended and many thanks to Naomh Eoin GAC for the facilities and the entire Boyle family. Bring on 2018!