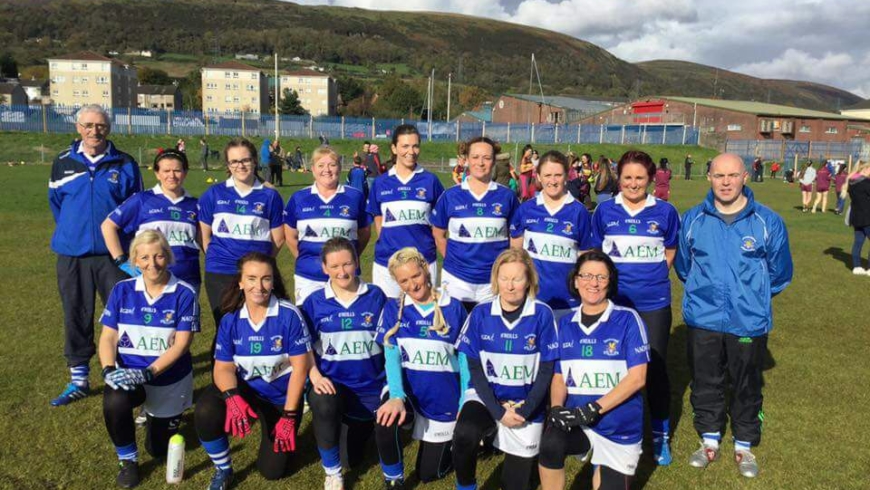 Naomh Eoin G4M&O’s made their first outing as a team and put on a great display of football and commitment.

The girl’s got back together and resumed training a few days prior to the O’Donavan Rossa Centenary blitz & Spiorad an Dochais and gave 100% and had great craic throughout the day.

First game up was against a strong Gortnamona side .It took the Naomh Eoin Ladies a while to settle into the pace of the game, putting  up a brave fight but ended up losing.

Second game was against Rossa , the girls settled in from the start and it was an evenly contested and thoroughly enjoyable game with both teams sharing the honours.

Next up was against Naomh Pol and unfortunately the girls ended up on the losing end even though we played the better football.

Final game was against Lamh Dhearg which the girls won by the tightest of margins.

We had a panel off 13 girls and everyone of them put in a great performance today in what was a great day hosted by Rossa. Great craic was had by all the  members of the panel, mentors and supporters who came up to support a great cause.

Everyone came away winners today sharing the cup on what was and a great advertisement for Ladies Football.