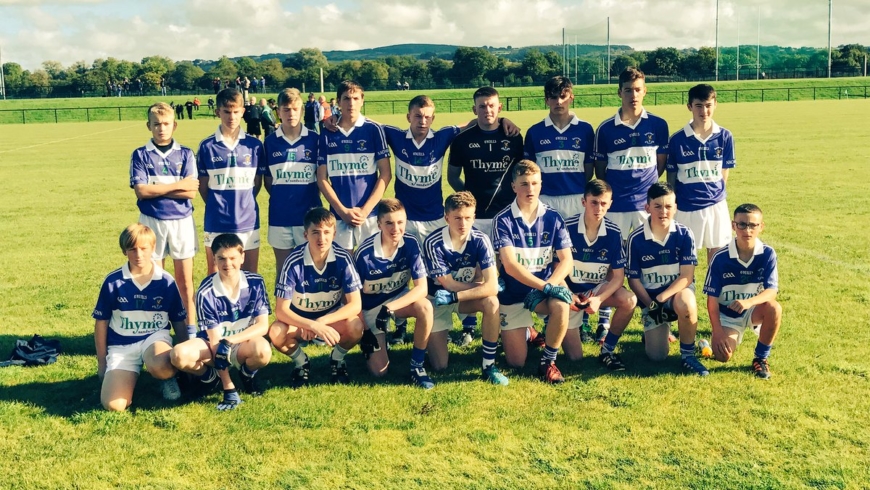 Naomh Eoin U16 footballers faced Tir na nOg in the all county B final on Sunday at the new Dunsilly COP in Antrim.

Despite a great effort, the lads eventually fell to a physically stronger Randalstown outfit. The final appearance was one that was not anticipated at the start of the year and illustrates the work put in by the team and mentors alike.

A lot of the team will look forward to another year at U16 and a chance to go one better in the 2017 competition.