Home / Camogs make it 4 out of 4 at Portglenone

Camogs make it 4 out of 4 at Portglenone

By conor Tue 10th May 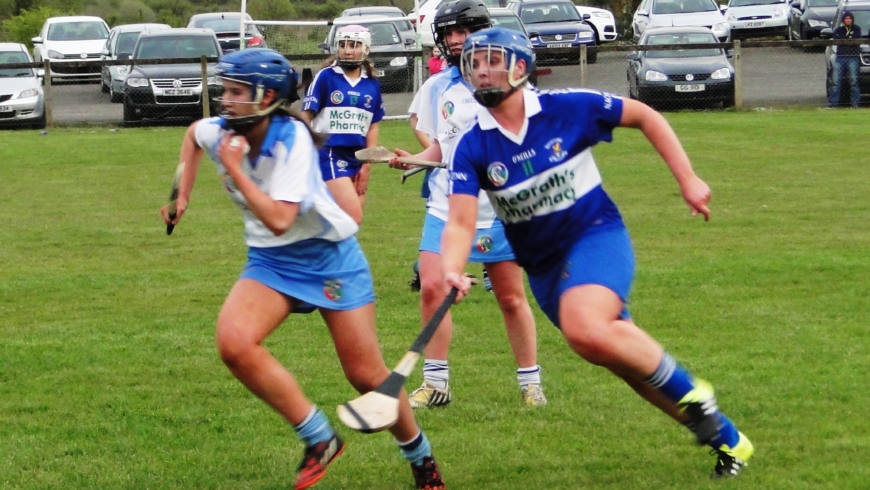 St.Johns maintained their 100% record so far this season with their third away win to top the division. On a warm evening  the Naomh Eoin Camógs  arrived in Portglenone with only 15 players but took the initiative from the throw- in and managed four successive points without reply .Two well taken frees from veteran defender Aishling  Jackson and a point from play each from Maédhbh Laverty and Faoileann Leyden gave the visitors a welcome lead . The home side took their first score when Róisín Kelly converted a free but St.Johns came right back with Eimhear Costello converting two placed balls and Maédhbh Laverty taking  two more points on -the -run to stretch the visitors lead even more. Anna Kearney put over a `45 and a free for Portglenone to leave a half time lead of 0-08 to 0-03 for St.Johns.

St. Johns took complete control of the second half with some great solo runs in evidence from Aileen Fox, Leyden, and Laverty in particular. A  steady  debut for  new signing  Adrienne McCann from The Ratoath club  in County Meath and the long awaited return,  after a number of years, of solid defender Niamh Cairns gave a new dimension to Naomh Eoin’s efforts and they took all their second half scores without reply. A goal for Córa Weir following great approach work from Costello sealed the victory and six more points were added by the end. St.Johns next game is a home fixture with Ballycastle who visit Corrigan on  Thursday May 12th.