Home / Senior Camogs off to a winning start

Senior Camogs off to a winning start 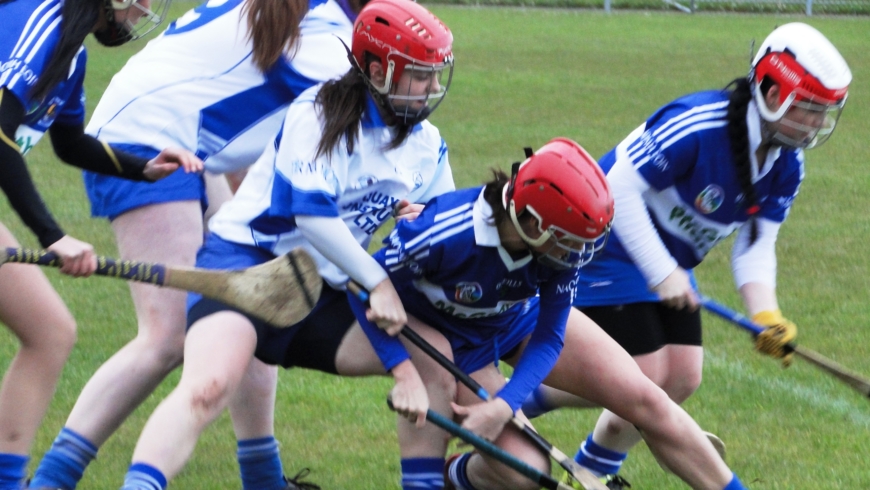 Following a number of recent cancellations due to flooded pitches it was a relief to see the Division 2 league get going with 5 games completed last night.(see County website Fixtures & League tables for results)

St.Johns made a nervous start under new manager/coach Michael  Johnston and were clearly missing the defensive talents of Caoimhe Morgan , Una Simpson, Sarah Jane McGuigan and Carrie-Anne Williamson amongst other absentees, while Tír na nÓg were without accomplished performers  Aimee McAtamney ,Síofra O’Dolan and Sarah McNicholl . This turned out to be an interesting and enjoyable game despite the number of younger players filling in on both sides.

Eimhear Costello and Séana O’Neill  had an on-going midfield battle throughout the game, and both got through a huge amount of work  while flashes of brilliance were shown by 16 year old Emily Falloon, the Ballymacrickett  Bomber, for the home team and  County regulars Máire Mulholland and Maédhbh Laverty for the visitors. Mulholland ,Laverty and Debbie Boyd shared two points apiece for St.Johns and Falloon replied with a brace, one following an outstanding  solo run through the St.Johns defence, to leave a half time score of Tír na Nóg 0-02  St.Johns 0-06

St.Johns dominated the early play in the second half with Maédhbh Laverty and Dolores McGuigan, who had replaced her younger sister Hannagh, taking two early points each. Things then started to look serious  for the home team when  16 year old substitute Córa Weir struck a goal with her first touch for St.Johns, to give them an 11 point lead, but the tide started to turn in Tír na nÓg’s  favour as they reacted  in the best possible way ,with four unanswered points in a period of sustained pressure .

One each  from Médbh O’Dolan, Séana O’Neill , and Áine and Brónagh Devlin. This revival saw some panic in the St.John’s defence including a yellow card for goalkeeper Sinéad Lagan of `Antrim Legends ` fame who was playing against a pupil from her own school in Emily Falloon and also had one of her pupils, Hannagh McGuigan, playing on her team! The Tír na nÓg revival was ended , however, by Maédhbh Laverty who grabbed two excellent goals in a five minute period and Máire Mulholland added to her tally with the final point of the game.  Final score Tír na nÓg 0-06 St.Johns 3-11

Both teams deserve a lot of credit for a great game played in a good spirit and next week’s  fixtures see Tír na nÓg away to Cargin and St.Johns  hosting Creggan.