Home / More success for the U14 Ladies Footballers

More success for the U14 Ladies Footballers 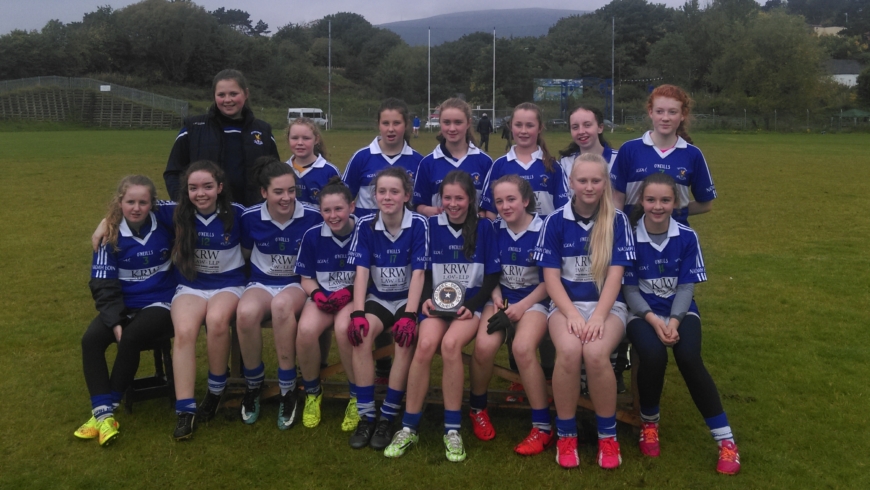 Congratulations to the U14 Ladies on winning the Brennan / Culbert Shield  at Milltown on Sunday.

The girls got drawn in a tough group with St Pauls , Emyvale ,Clan Na Gael and Glenavy.

They finished the group in third place and entered the Shield play-offs getting drawn against Rossa in the quarter final. The game was played with great intensity with local rivalry at stake, It was a tough game with both teams playing with great conviction with  Naomh Eoin finishing on top.

Next up was a rematch with Clan Na Gael in the Semi final with the Naomh Eoin Ladies winning comfortably.

In the final they faced Lamh Dhearg which was a tough game from the throw in. Naomh Eoin took the lead from the start and maintained it until the end. lamh Dhearg made a late rally  but the Naomh Eoin girls dug deep and pulled away scoring two unanswered points to finish eventual winners.

The girls played with great  conviction and determination in the wet conditions and were a credit to themselves and the club.